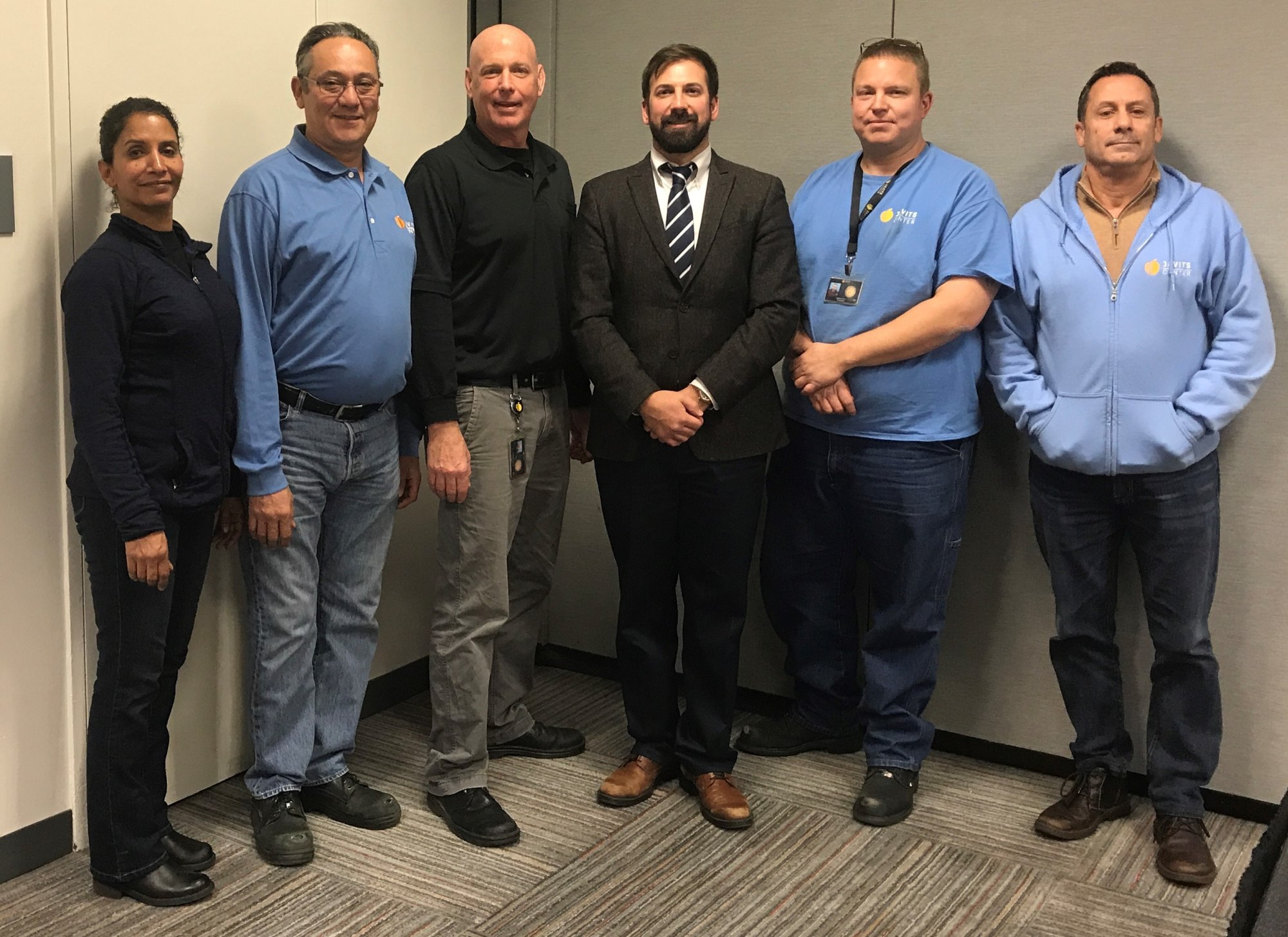 Electricians employed at the Jacob K. Javits Convention Center recently ratified a new three-year agreement on November 21, 2017. The agreement covers wages, benefits and working rules for local house and show electricians, extras and ADM members employed at the Convention Center. Negotiations began in early October and a tentative agreement was in place on November 13, the date of expiration of the last agreement. The negotiating committee, consisting of Shop Steward Tom Mohan, Show Electrician Keeth Fiocco, Show Electrician Brownette Cooke, Show Electrician Jim Sarmiento, House Electrician Laura Limardo and foreman John Roughan assisted Business Representative Christopher Erikson Jr. and spent hours analyzing proposals to fully understand the potential changes to the agreement to get the best deal possible for the membership. The committee recommended the agreement to the membership for ratification and the membership unanimously approved the new agreement. Work at the Javits Center provides hundreds of thousands of man-hours a year with significant contributions to our benefit plans and this new agreement ensures that work opportunity will continue for Local 3 members for another three years.
Modifications to the agreement include the following:
Term: Three-year agreement, beginning November 14, 2017 through November 13, 2020.
Wages and Benefits: House and show electric economic package increase of 6.84% over three years, including a $2/hour raise in the 1st year; 2% increase in PHBP contributions in the first and third year; .25% increase in Dental Fund contributions in the 2nd year; .72% increase in Educational & Cultural Fund contributions in the 2nd year; $0.25/hour increase in HRA contributions in the 2nd year; and $0.75/hour increase in Annuity Fund contributions in the 2nd year. The ADM employees economic package increase of 9.42% over three years, including a $1.50 raise in the 1st year; 2% increase in PHBP contributions in the first and third year; and $4.25/day increase in Annuity contributions in the 1st year.
Foreman’s Rate: Increase sub-foreman’s scale by $0.75 to $4.25/hour.
Medical Days: Add 1 additional paid medical day for house electric and 2 additional paid medical days for ADM.
Roth 401k: Provide for employee contributions to a Roth 401k through the Joint Industry Board.
Holidays: Swap Veteran’s Day as a paid holiday for Election Day, with the option to take off Election Day without penalty.
Work Rules: Changes to the work rules include allowing for a 3rd shift, to start up to 3pm; expanding the cap on the amount of manpower on the second and third shift to 300% in 1st year and 400% in 3nd year; allowing for a 5-hour shift on the first day of a show; adjustments to the regulations on what work exhibitors are allowed to do themselves regarding installing their own lights and plugging in devices.