Dr. Martin Luther King Jr. exemplified these values. His life and legacy continue to guide us in Local Union No. 3, the IBEW, and the labor movement as we carry on in the struggle for workers’ rights, civil rights, and voting rights for all Americans. 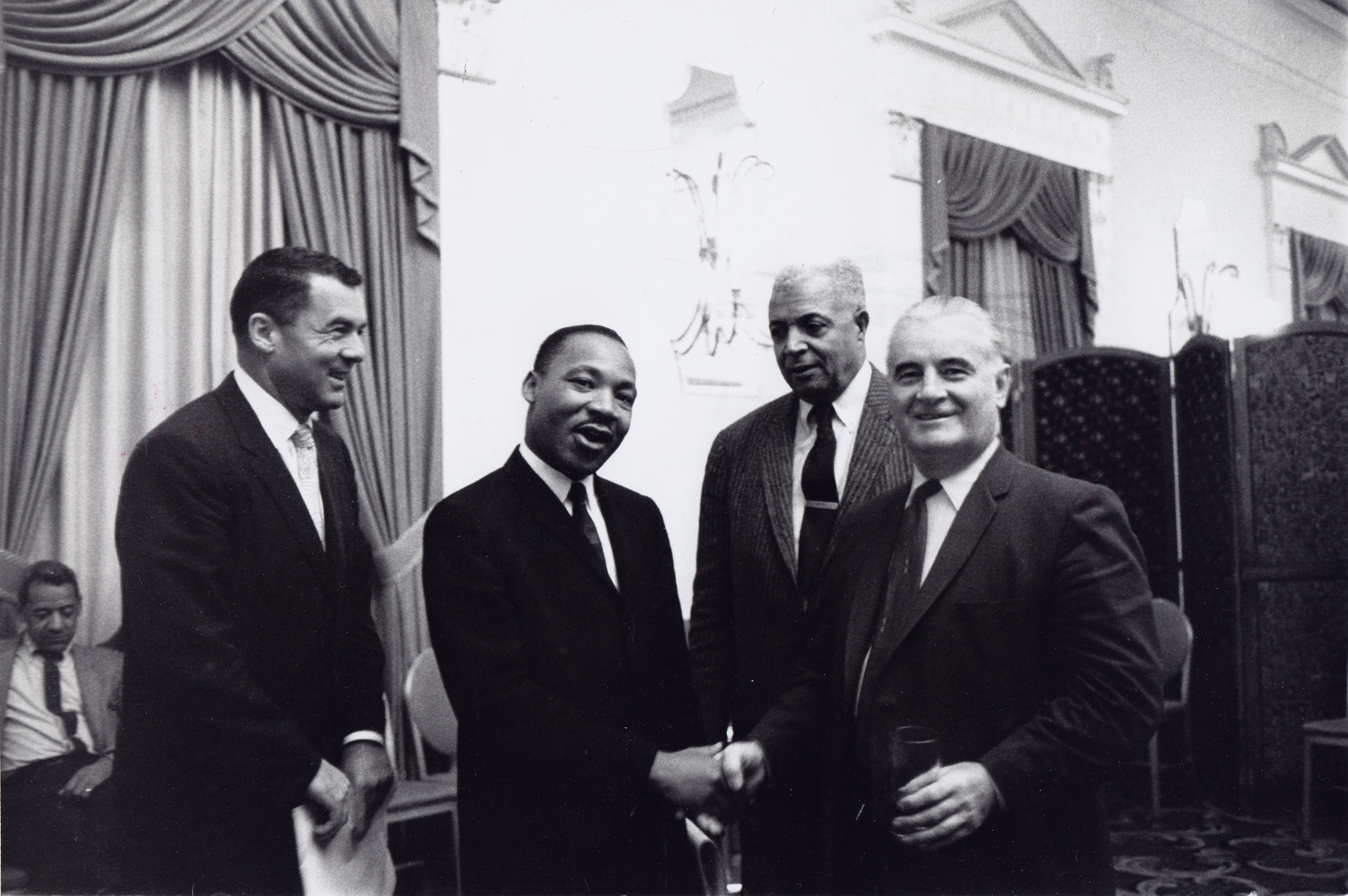 Martin Luther King Jr. was born on January 15, 1929. As president of the Southern Christian Leadership Conference (SCLC), King became the most prominent leader of the Civil Rights Movement of the 1950s and 60s. He led the Montgomery bus boycott to victory, the March on Washington for Jobs and Freedom, and the Selma march for voting rights.

Under the leadership of Harry Van Arsdale Jr., both Local 3 and the NYC Central Labor Council formed a deep connection with Martin Luther King Jr. and the righteous cause of desegregation. When King and others were arrested for a sit-in at lunch counters in Atlanta, Georgia in October 1960, Van Arsdale wrote a letter in solidarity on behalf of the CLC and its 1 million affiliated members, who voted to send $1,000 in monetary support as well. A year later, King addressed the first meeting of the Brotherhood Party, organized by Van Arsdale, at the Hotel Commodore in Manhattan. For the historic March on Washington in August 1963, Local 3 Fixture Division member Leroy Tempro was the labor coordinator, bringing more than 400 members of Local 3 and 50,000 trade unionists to the nation's capital. In 1965, at the invitation of King himself, Van Arsdale and CLC Secretary Morris Iushewitz went to Selma, Alabama to support the drive for voting rights, which culminated in the Voting Rights Act of 1965.

King’s life was tragically cut short on April 4, 1968, at the age of 39, while in Memphis during a labor dispute to support African-American sanitation workers on strike.

Across our nation and within our union, we observe Martin Luther King Day every year on the third Monday of January.

Watch this video for a look at Local 3’s involvement in the Civil Rights Movement through the years. This video was originally made for the NAACP New York branch’s 100th-anniversary ceremony held on June 3, 2011.