From August 16th - 20th, the Asian Pacific American Labor Alliance (APALA) held it’s 14th Biennial Convention in Orange County, CA. This year’s theme was “25 Years of Resistance: Organize and Fight,” continuing the fight for workers, immigrants, and civil rights. The battles against injustices are just as relevant now as they were 25 years ago, when the founding convention marched in Washington D.C. demanding justice in the beating of Rodney King. There were over 600 attendees, which included union representatives from the IBEW, SEIU, AFSCME, UFT, UAW, AFL-CIO, UNITE-HERE along with many student activists as well. The event brings together Asian American and Pacific Islander union members and community organizers with the goal of educating members about worker’s rights, building political power within the labor movements and solidarity. The convention is a celebration of the leadership and commitment among Asian American Pacific Islander members that have worked to strengthen the labor movement.
There was a 2-Day Organizing Institute based on the AFL-CIO structure and a candlelight vigil for Charlottesville that took place pre-convention. The convention officially opened with an introduction by APALA National President, Johanna Puno Hester. Keynote Speaker, California State Treasurer John Chiang stressed the need for union members to be politically active through social media and closed by stating, “no matter where you are, you have power, unleash the power and show them that Asian Americans will lead in the future.” Friday’s schedule also included a panel of plenary speakers who spoke on resistance, then and now, as well as organizing on the margin. The speakers warned that workers would be tested, that this is no time to be silent. They specified that it is time to stand up and fight back.
Friday’s program continued with several workshops covering topics such as Labor 101, Organizing through Arts and Culture, Defending Democracy and other subjects pertaining to worker’s rights, inclusiveness and solidarity. The afternoon keynote speaker, Lee Saunders, AFSCME president stated “we are stronger when all voices are heard,” he stressed for the need for economic and racial justice for all. He reminded the audience that big corporations want to silence the voice of working families. He closed by affirming that as union members we need to get back to basics and talk to one another, one on one. The day closed out with members going to their respective union caucuses. The IBEW Caucus, consisted of members from Local 3, 6, 11, 26, 595, and 1245 who were welcomed by Richard Samaniego, Local 441 Business Manager. Here we were in a space to discuss news and changes going on across the country within the electrical industry.
Saturday’s agenda included a plenary focused on Political Mobilization & Fighting Corporate Greed. Encouraging and energizing keynotes speeches by AFL-CIO Executive Vice President Tefere Gebre and Brian DeWyngaert, AFGE Chief of Staff. Later in the evening the Gala Awards dinner took place, where Linda Sasour, Women’s March Co-Chair and MPower Change Co-founder, gave a powerful and empowering keynote address to all. Local 3, IBEW Executive Board member Steven Moy who was presented by his father Lenny Moy with the Art Takei Leadership Award. This award is given to an outstanding APALA member who has exemplified strong leadership within APALA and his or her union. The award was inspired by the life of Art Takei, a founder of the Alliance of Asian Pacific Labor in Los Angeles, CA and a founder of APALA. 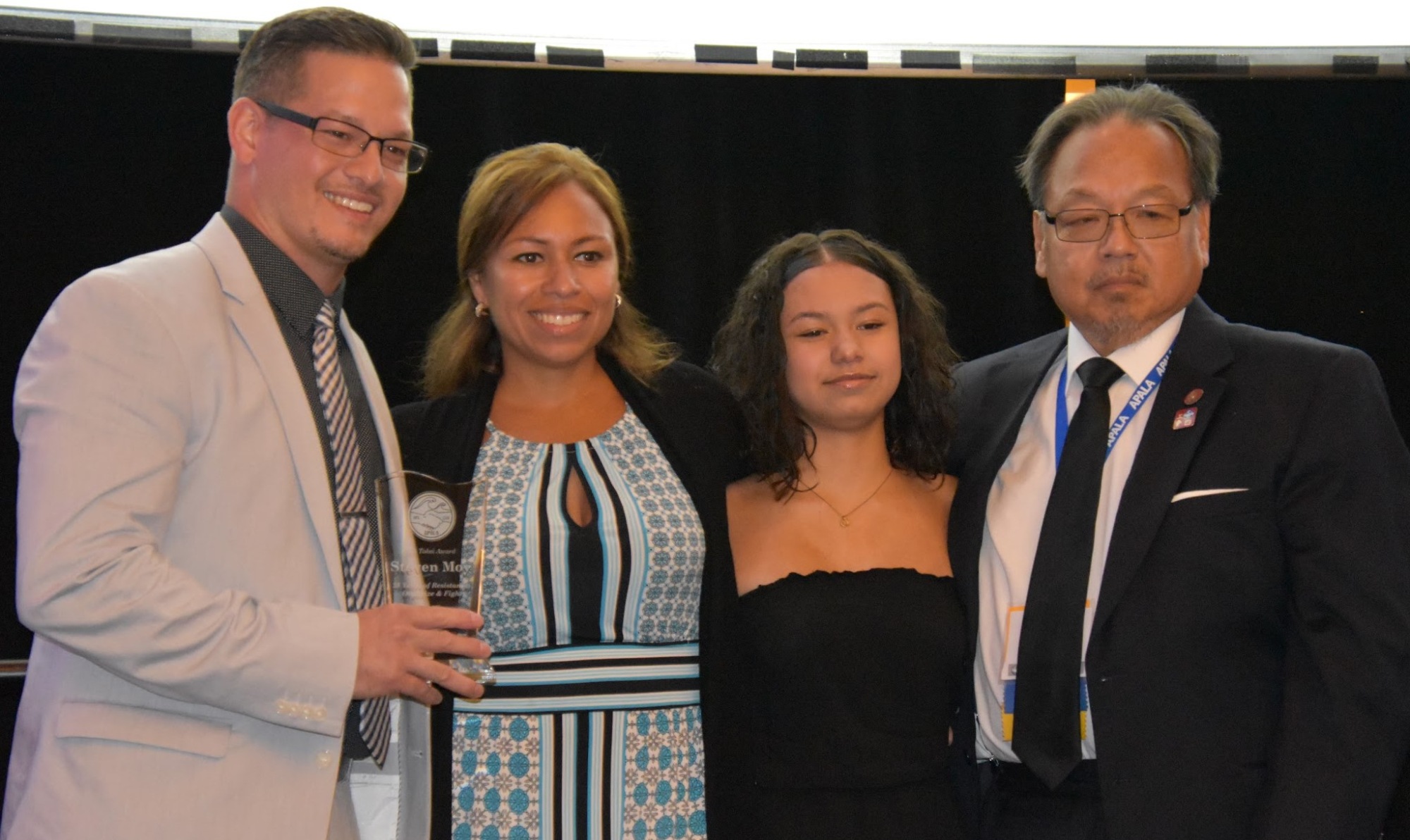