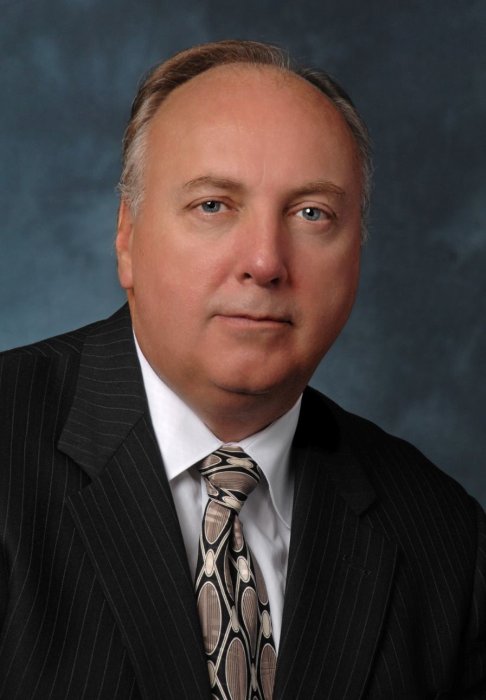 Local 3 Business Manager Christopher Erikson has been selected by International President Lonnie Stephenson to replace International Executive Council Chairman Robert Pierson who will retire at the end of the year. Brother Erikson will assume his new role as IEC Chairman on January 1, 2016 while still continuing to serve as Business Manager of Local 3, IBEW, which he has done since 2006 when he was appointed to fill the unexpired term of then Business Manager Thomas Van Arsdale. His appointment to the IEC was ratified unanimously on November 10, 2015 by the executive council upon recommendation from President Stephenson. Brother Erikson replaces Robert Pierson who has served as Chairman of the Council since being appointed by retired International President Edwin Hill in 2005 and re-elected at the International conventions in 2006 and 2011. Pierson departs the Executive Council as of December 31, 2015 and officially retires from the IBEW on January 8, 2016 capping off a distinguished fifty-year career. Pierson was initiated into Chicago‰Ûªs Local 9 in 1966 and was elected Business Manager in 1997, a position he has held ever since. His many accomplishments include organizing 1,100 cable television workers in and around Chicago in the 1980s and leaving Local 9 on solid financial ground thanks to his hard working, dedicated staff. The nine-member IEC meets four times a year at the Washington D.C. headquarters of the IBEW and is the final authority on the granting of pensions, vested rights and disability payments. Brother Pierson will be replaced by Business Manager Erikson, who is the grandson of legendary labor leader Harry Van Arsdale Jr. who served as Local 3 Business Manager from 1933-68 and was the first president of the New York City Central Labor Council. ‰ÛÏWhen Bob decided to retire, I wanted to fill the position with a strong leader from one of our strongest locals,‰Û� Stephenson said. ‰ÛÏChris has provided impeccable leadership while guiding Local 3 through the economic crisis and it continues to be a force in New York construction. His commitment to our ideals is unwavering. He literally has been around the trade union movement since birth.‰Û� Christopher Erikson was born in Flushing, New York on August 24, 1955. He was accepted into Local 3‰Ûªs electrical apprenticeship in July of 1975. During his apprenticeship, he enrolled in the Harry Van Arsdale Jr. Center for Labor Studies and earned SUNY Associate and Bachelor of Science Degrees in Labor/Management Relations. In March of 1989, Mr. Erikson was appointed a Local 3 business representative responsible for the Division of Building Maintenance (DBM), which he successfully led through the Daily News strike of 1990 and the Electric Elevator (EE) Division under then-Business Manager Thomas Van Arsdale. On July 13, 2000, he was appointed å_Assistant Business Manager of Local 3‰Ûªs Maintenance Department. He has successfully negotiated over 150 collective bargaining agreements, resulting in improved pensions and benefits that provide a higher degree of security for tens of thousands of Local 3 members. Upon the resignation of Thomas Van å_Arsdale in October 2006, Christopher å_Erikson was elected by the executive board to fill the position of Business Manager. Mr. Erikson and his team ran unopposed and he was elected for his first full three-year term on May 8, 2008 and was re-elected for another three-year term in May 2011 and 2014. Erikson serves on the executive boards of the NYC Building and Construction Trades Council and the NYC Central Labor Council. He is a delegate to the NY Hotel Trades Council, serves as Chairman of the Madison Square Garden Labor Committee and is a Director of the Harry Van Arsdale Jr. Memorial Association. Brother Erikson is also President of the NY State Allied Printing Trades Council. He is a member of the Asian Pacific American Labor Alliance (APALA), the IBEW Minority Caucus and the NAACP. He also serves as the vice chairman of IBEW System Council EM5 and he also serves as the corresponding secretary of the New York State Public Employees Conference. Brother Erikson is a member of the Catholic Council of Electrical Workers and has served as the executive representative of the Sportsmen‰Ûªs Club and advisor to the Asian American Cultural Society of Local 3. He has been recognized by the Lewis Howard Latimer Progressive Association, the Greek Orthodox Council, the St. George Association, the Electrical Square Club, the Electrical Welfare Club, the Sunnyside Chamber of Commerce and the Stevenson Democratic Club of Queens. He has been honored by various union and political organizations including the State of Israel Bonds and the NAACP. He is a recipient of the 2008 Ellis Island Medal of Honor award, the 2009 Construction & Transportation Industry Good Scout Award and the 2009 APEC Green Living award. He also received the 2011 Lifetime Achievement Award from the Electrical Workers Minority Caucus (EWMC) and the ‰ÛÏHuman Rights Award‰Û� from the Jewish Labor Committee. ‰ÛÏThe trade union movement is being challenged all over the country,‰Û� Erikson said. ‰ÛÏPeople look to the IBEW to lead. There‰Ûªs no doubt about that. Our members need to remember our strength is in our solidarity.‰Û� Christopher Erikson, a proud trade unionist, has been married to his wife Denise for more than 30 years. They have four sons: Chris Jr., Robert, Nicholas and Thomas and one granddaughter, Madeline Ann.

A Little Bit of Gratitude