The 2021 municipal elections will be the first of their kind in New York City, starting with the special election in City Council District 24 on February 2. Voters will have the option to rank up to five candidates in order of preference, or simply vote for your top choice. This is known as Ranked Choice Voting (RCV).

New York City is the most populous jurisdiction in the United States to implement Ranked Choice Voting. Until now, city elections were decided by plurality in a first-past-the-post or winner-take-all system. Whoever got the most votes won, with or without a majority.

Within the new Ranked Choice Voting system in New York City, voters will be able to rank up to 5 candidates at a time. Whoever reaches over 50% first wins the election. However, if no candidate gets over 50% in the first count, the candidate with the least top-choice votes gets eliminated and the ballots are recounted. This process continues until all but two candidates remain and one of them gets over 50% of top-choice votes. Proponents of Ranked Choice Voting say it offers fairer representation among candidates while requiring majority support, cost effectiveness by avoiding run-off elections, and higher voter participation.

The first election to utilize this Ranked Choice Voting System in New York City will be the special election in City Council District 24, which covers parts of Queens including the Electric Industry Center and the Electchester community. Before these changes are implemented, a special election is being held in City Council District 12 in the Bronx on Tuesday, December 22. As with the 2020 elections, voters are strongly encouraged to vote early in person or by mail, if possible. Go to vote.nyc for more information on polling locations, operating hours, and important dates. 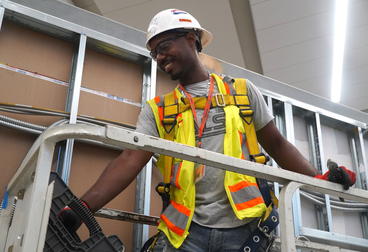 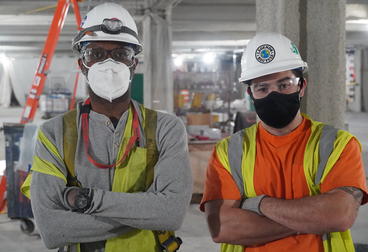 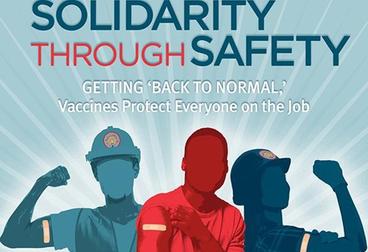 Vaccines Protect Everyone on the Job