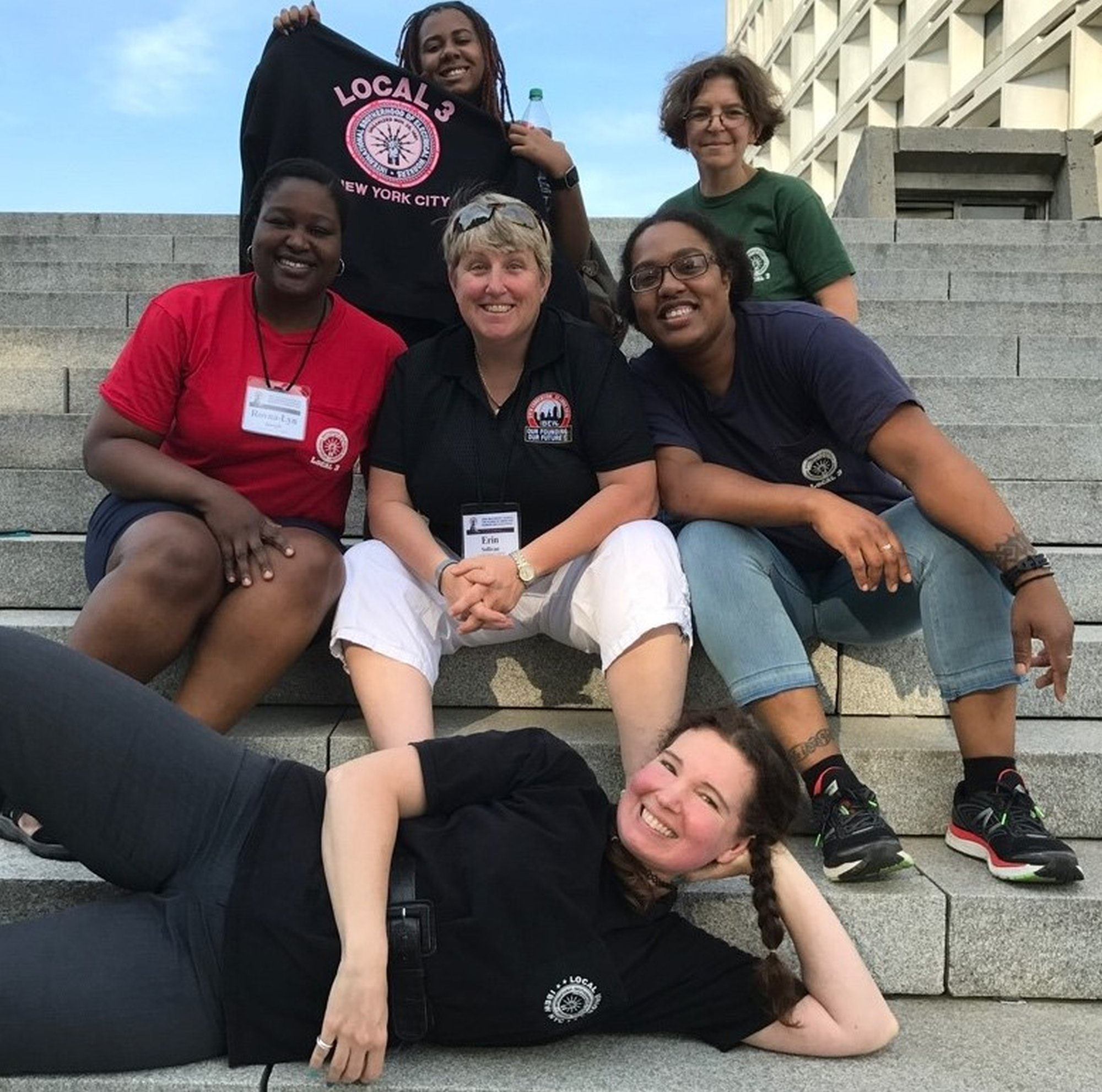 By Wendy Scher
From July 22-26th, I along with a few other members of the Amber Light Society attended the 42nd annual UALE Northeast Summer School for Women in Unions and Community Organizations on the beautiful campus of UMass Amherst. Together we joined over 120 other women from 29 unions and worker centers (community organizations that help and advocate for immigrant workers). This was an amazing experience filled with genuine warmth and solidarity.
Each day included featured plenary speakers, a leadership class and two workshops of our choice. One of the plenary sessions focused on immigrant rights and the essential work being done through worker centers in MA. When people cannot speak English well and don’t have working papers the jobs they can find are rife with abuse on every level. From bricklayers to dishwashers to landscapers to home attendants, immigrant workers are routinely subject to overtime violations, wage theft, erratic scheduling, excessive health and safety risks, threats of deportation and especially retaliation in the face of any organizing efforts. For this reason, the AFL-CIO has partnered with worker centers so that all workers can stand up for their basic rights.
My leadership class was led by Legna Cabrera of NYC, as well as our own Erin Sullivan. One of my classmates worked with the Retail Action Project to ban the use of on-call scheduling in NYC (and is now working on organizing Guitar Center), while another is working with SEIU 1199 to organize Rite-Aid employees. Legna defined leadership as “bringing people together to do something that would not happen otherwise”...which can start by just filling a vacuum when you see one. Most women have been socially conditioned to let someone else speak, to feel they’re not qualified to take center stage. But it’s long past time for us to discard those baseless assumptions. Whenever we’re faced with self-doubt, you can say to yourself, “Shut up, I got this!” ‰ÛÓ and step up. Each of us has the capability of creating a vision, a plan of action and involving others to make it happen. As Erin said, “my role is to train my replacement.”
After this leadership class, the first of my afternoon sessions focused on organizing your members. The curriculum was loosely based on Secrets of a Successful Organizer, published by Labor Notes. One of our prime threats as a union is that without enough members who are actively engaged the employers can seize the opportunity to divide and conquer, thus, we risk the election of government officials who support Right to Work and other attacks on our labor movement. We reviewed the pros and cons of the frequent tools that unions use ‰ÛÓ contract negotiation, grievances and legislation ‰ÛÓ and compared them with the tools of management ‰ÛÓ sowing division, hopelessness, fear and confusion among workers. To counter this we must commit to showing true solidarity, celebrate our successes and freely educate each other on the issues that matter. As an organizer it’s helpful to remember, as one of us pointed out, “Maybe what seems like apathy is that nobody was asked!”
My final workshop of the day was called “Speaking Up, Speaking Out” and led by Dale Melcher, a 71-year-old firebrand who helped host the summer school. We opened by identifying our individual obstacles to speaking well. From this we transitioned into some of the basics of effective public speaking, such as holding an open and inviting posture. From the posture, we moved to using index cards for our speech to help keep our message clear and organized. Successful communication, she stressed, relies on the melding of control and confidence. In fact, I pointed out that people are looking forward to what you will say. Then she showed us a standard structure for a short speech, which is: Point, Reason, Examples and Point rephrased. Armed with this we then prepared short speeches that could be used at a pro-contract rally on campus. We had little information to work with at that time and only a couple of us ended up speaking. However, it was still very useful to see how some people could do so much, with so little.
Overall, I’m immensely grateful to Business Manager Christopher Erikson for providing us the opportunity to attend this year’s UALE Summer School. It was an incredible experience of solidarity among women from such a wide variety of backgrounds, ages and occupations ‰ÛÓ everyone from social workers to teachers to casino workers to stagehands to construction workers like us, all here because of how incredibly essential that union and worker organizing is for social justice movements in total. I already know what my next steps will be in serving our membership and by extension, the rights of everyone to organize. I sincerely hope that more of our member sister’s will be able to attend next year when it will be hosted by Cornell University in Ithaca, New York. Solidarity forever!