Erikson Honored by Alliance For A Greater New York 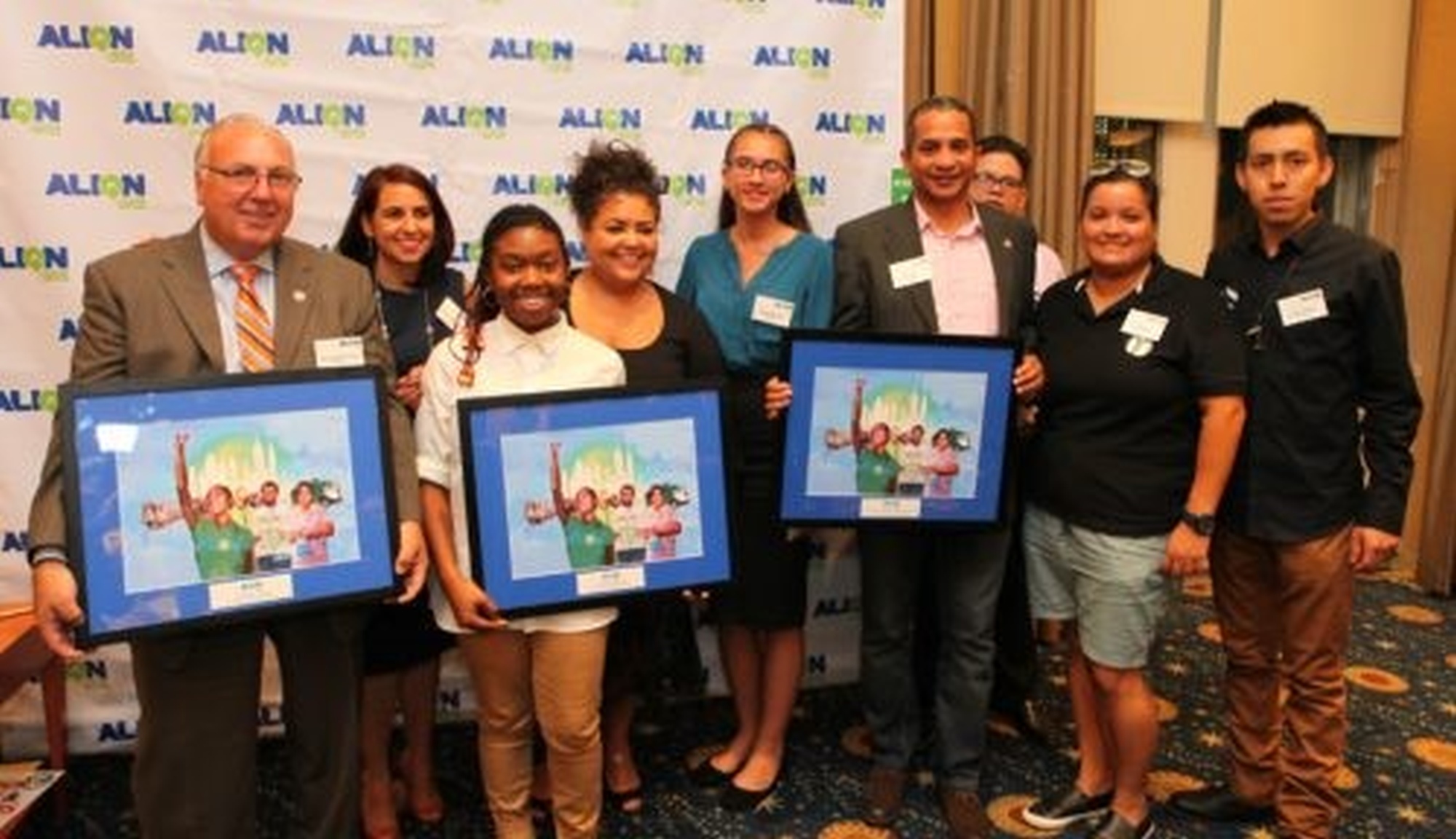 Business Manager Christopher Erikson pictured with the other honorees at the Alliance for a Greater New York Movement Builders Award.

On September 26, 2017 the Alliance for a Greater New York (ALIGN) held their Movement Builders Awards Ceremony.
The event celebrated leaders who are building a movement to secure good jobs, sustainable communities and an accountable democracy for all New Yorkers.
Local 3 Business Manager Christopher Erikson was honored for his support of climate justice and a just transition to a green economy.
It was noted that Business Manager Erikson drives progress on meeting environmental needs while protecting union jobs and training the next generation of skilled electrical workers.
The two other honorees were Teamsters Organizing Committee at SIMS Municipal Recycling, for their fearless efforts in winning a union at the city’s largest recycling plant and Elizabeth Yeampierre, Executive
Director of UPROSE, for her local and national leadership with the Climate Justice Movement and building inter-generational environmental justice leadership in Sunset Park, Brooklyn.
ALIGN Executive Director Maritza Silva Farrell said at the event: “We know that we need to build power and the surest way to build that power is to organize.
We need to come together and build a multi-racial, multi-ethnic movement and create an inclusive society.
To do that will take discipline, courage, patience and working together.”