The Santiago Iglesias Educational Society (SIES) awarded the José Lopez Memorial Scholarship at their monthly club meeting on Thursday, June 30 in the Electrical Industry Center Balcony Lounge. Congratulations to this year’s scholarship recipients, Armando Gimenez and Augusto Suarez Jr., and thank you to both their families, the Lopez family, and elected officers and members of SIES and Local 3 who were present for this proud occasion.

Since being established in 1992, the José Lopez Memorial Scholarship has been awarded annually in honor of José’s life and legacy. José was a longtime member of Local 3, a Korean War veteran and Purple Heart recipient, and an active leader in the Hispanic community. He worked closely with Harry Van Arsdale Jr., and together they founded the SIES after Local 3’s study tour to Puerto Rico in 1958. José is survived by his wife, Gloria, daughter, Nilda, and sons, Edwin and José, who were once again present to award the scholarship. 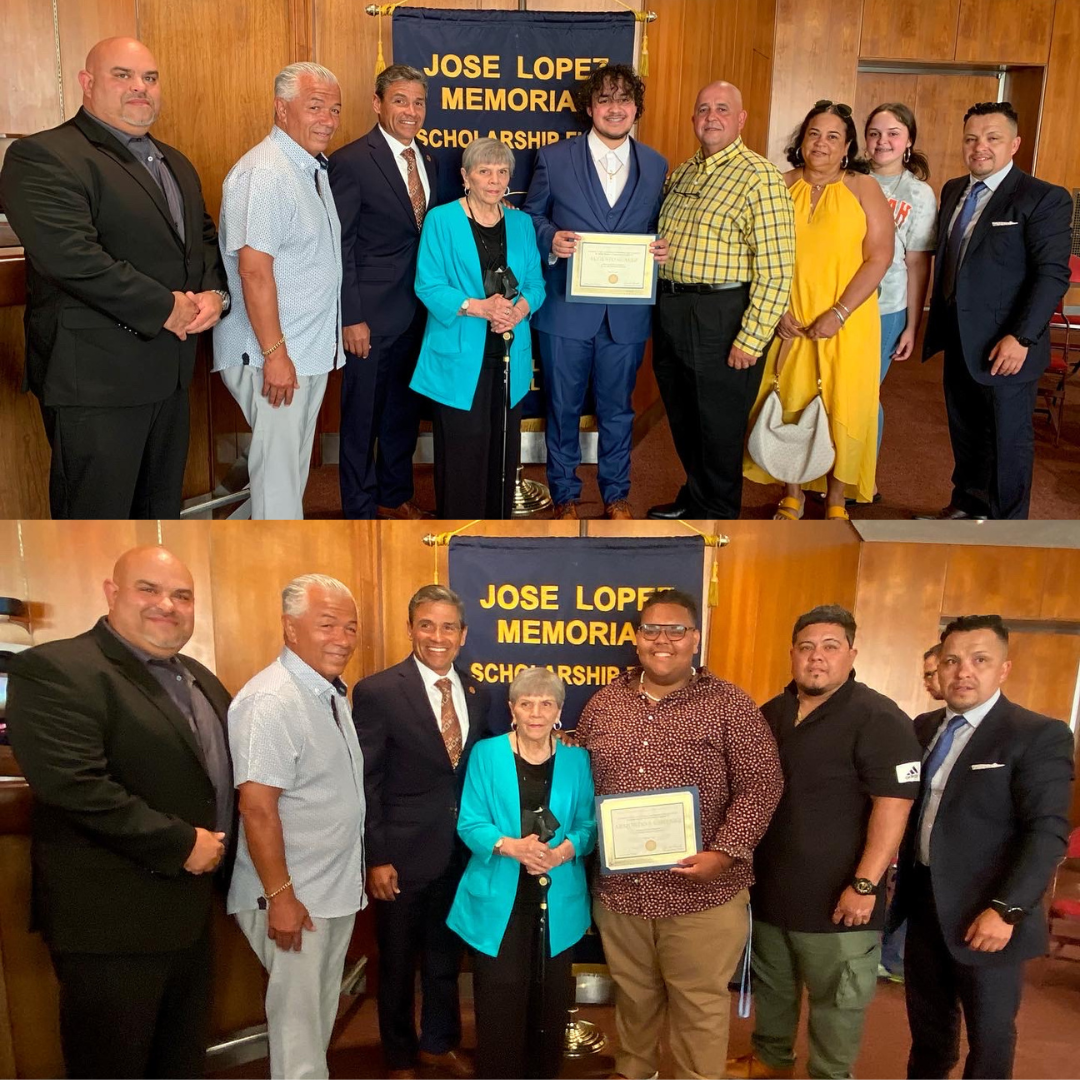