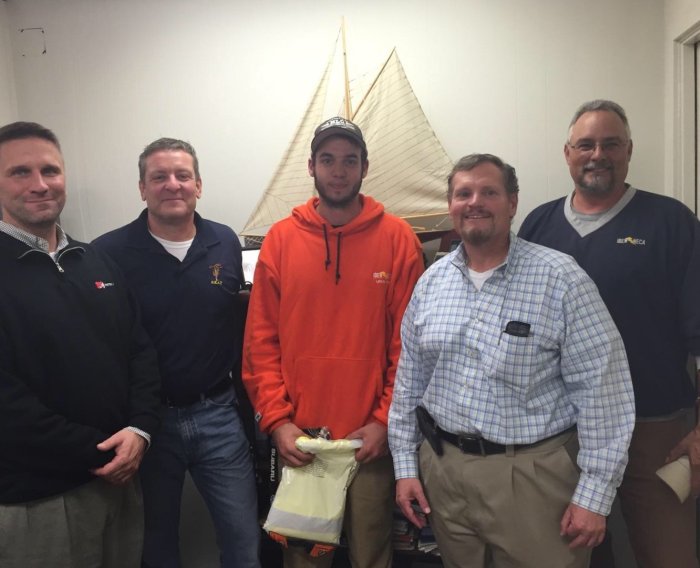 On November 11, 2015 while working for Matrix NAC in Farmersville Pennsylvania, first step Outside Line Apprentice Brother Gerard Nicoletti who is a member of Local 3 was recognized for hazard recognition on the job. During their task specific JSA (Job Safety Analysis) Gerard suggested there was potential for a ‰ÛÏCaught Between‰Û� injury while setting road plates. He recommended the crew install rope tag lines to remove the Line of Fire Risk involved when handling the plates. His Foreman Jim Havrilla acted on his recommendation and ropes were utilized allowing the task to be accomplished safely. Brother Nicoletti‰Ûªs actions were acknowledged and he received a recognition award at a company luncheon regarding safety for his efforts. Congratulations Gerard, Good looking out.