America at the Crossroads

As those Americans who were part of what is referred to as America’s “Greatest Generation” — those born between 1901 and 1927 — are passing away, life as they knew it has passed away as well. Events during their lifetime helped to define who they really were. The Great Depression, the influx of immigrants to our shores, the growth of the labor movement and the establishment of the middle class, world wars and the atom bomb molded them into the greatest generation in American history. Welcome then the Baby Boomers, along with television, jet planes, and rock and roll. The boomers witnessed the fight for and the passage of Civil Rights, the Cold War, the Space Race, the Vietnam War and the peace movement. The assassinations of President John F. Kennedy, his brother Sen. Robert Kennedy and the Reverend Dr. Martin Luther King Jr. had a profound effect on their lives. They struggled with the dark side of life in America as they evolved through the 1970’s and 1980’s, with cancer, poverty, graffiti, drugs, the AIDS crisis, and Ronald Reagan’s free-market policies and his party’s war on organized labor. Life as boomers knew it may have passed, but similar challenges and the strife continue.

The next generations, Generation X and Millennials, faced new trials and experiences with the impacts still felt today: 9/11 and unending wars; Al-Qaeda and ISIS; cell phones and social media; climate change; Facebook and Big Tech; Uber and the gig economy; the election of Barack Obama; the fight for affordable health care in America, the Great Recession and the housing bubble; LGBTQ rights; a tragic opioid epidemic throughout the country; ceaseless mass shootings; the rise of white nationalists; foreign interference in our elections; most recently the Black Lives Matter movement and civil protests in the streets across America; unabated partisan politics; attacks on the free press, the rule of law, and our democratic principles; and the current and unprecedented pandemic COVID-19 that has turned the world on its side.

Throughout our history, during all the trying times that Americans had to endure, we have had the comfort of having leadership - father figures so to speak – in Presidents of the United States that calmed us through each crisis. During times when Americans were scared or hurting, we looked to our leader, our President, for strength; times like the Great Depression, the bombing of Pearl Harbor, the Cuban Missile Crisis, the Cold War, acts of terrorism and the attack on the World Trade Center, the killing of school children in Newtown and mass shootings across America. Instead today, as with the disgraceful display of hate in Charlottesville, and the pandemic that is raging, bringing death to our citizens and economic destruction to the country, we have no leader. At a time when we need it most, we have no leader. No national leadership, no plan, no direction, no policies, no one to assure us that we got this and that we will prevail.

Our country is devoid of a Commander in Chief. There is no national strategy to fight this pandemic and no American leadership in our volatile world. Our President attacks NATO and our allies while praising dictators in Russia, North Korea, and China. He denies climate change while dismantling environmental regulations in favor of the oil companies. His pro-business and anti-union appointments to the NLRB are undermining union organizing and workers’ rights. Worker safety under OSHA is out the window. America has an actor in the White House whose own business interests and those of greedy corporations are more important to him than leading our country. He cares more about his own wealth and reputation than the people he has sworn to protect. He alone has brought the racial divisiveness in this country to a head. He panders to his base and belittles everyone like a child. Too many Americans bought into his vile rhetoric in 2016, and our country has suffered long enough. At a time when America needs a leader more than ever, we have a divisive empty suit in the White House.

Our President has no interest in unity, which in the past has been America’s strength in times of crisis. Americans will always have differences of opinions, and we should respect the rights of people to disagree. But at the end of the day, we should care for one another and not look to destroy our country with a “winner take all mentality”. The class war that is on in America, exploiting racial divisions and attacking immigrants, instilling fear in people to further divide us, is horrible. This satisfies something deep inside some people who think they are threatened by the mosaic that is America. Jobs and economic security are what’s important to working class Americans, not tax cuts for billionaires and corporations. We can and must do better. We need to move on and move forward. This experiment with a faker in charge has brought our country to one of the lowest points in our history.

Americans must step up and change the direction these last four years have taken us, and we must act responsibly if we are going to save our country. We need to put in the work, exercise our right to vote, and live up to our civic responsibility to restore our pride in our great country. This is not the America that any of us should be proud of. We are at the crossroads, brothers and sisters. We need a leader, a President who we can be proud of and a President who can bring about a brighter future for all of us, together again. 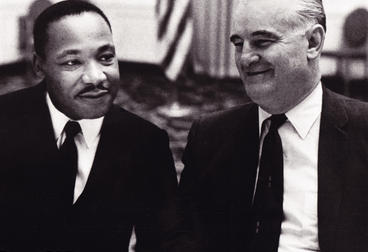 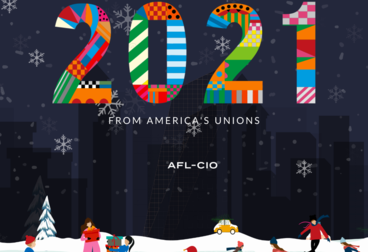