Born in Medellin, Colombia, Luis Restrepo was reared in Astoria, New York. He served in the United States Navy. Initiated into Local #3 in 1980, he worked for Cerro Wire & Cable. He entered into the Apprentice Program and received his "A" Journeyman card. Luis earned his associates degree in labor studies from Empire State College.

Brother Restrepo has worked as sub-foreman, general foreman and shop steward. He played a key role in the UECA Organizing Drive and the Manufacturing Organizing Committee. Luis served on the Apprentice Review Termination Committee, the Wage and Policy Committee, the Hardship Committee, the Election Board, and was a member of the Electrical Workers Death Benefit Society.

In 1992, he served on the "A" Negotiating Committee. He also served as a member of the Board of Directors and was Treasurer of First Housing Company. Restrepo was a delegate at the 2001, 2006 and 2011 IBEW Conventions. He is a member-at-large to the Electrical Workers Minority Caucus. He is also Trustee to many of the Plans and Funds of the Joint Industry Board.

He filled the unexpired term of an executive board member in 1997. In 2002 the Executive Board elected him to fill the unexpired term of Vice-President of Local #3. He resigned this position to fulfill his appointment as Business Representative of the Bronx. In 2009 Business Manager Christopher Erikson appointed Luis Restrepo to serve as Assistant Business Manager, responsible for the ADM, Expeditor, Manufacturing, Supply, and "J" Divisions.

Brother Restrepo has been an active member of the Santiago Iglesias Educational Society since 1990, serving as Board Member, Press Secretary, Corresponding Secretary, Treasurer, Vice-President, and President. Currently, he is an SEIS Trustee. An active member of the Bronx Acom Electrical Club, Westchester Mechanics Association, Colony Club, and the Hispanic Labor Committee, he has been honored by the SEIS, Hispanic Labor Committee, Lewis Howard Latimer Progressive Association, and the Allied Social Club. Brother Restrepo received the Israel Bonds Achievement Award in 2004, was honored by the Asian American Cultural Society in 2010, the sisters of the Amber Light Society recognized him in 2012 for championing the cause of minorities within our industry. He received the "Man of the Year" award from the Staten Island Electrical Club in 2013.

One of eighteen siblings, Luis is happily married to his beautiful wife, Olga. He takes great pride in his children, Luis Jr., an electrical engineer working in the ADM Division. His stepdaughter Valentina Munoz, daughter Cynthia, a registered nurse, and her husband Raymond West, Jr., and their son Raymond III. 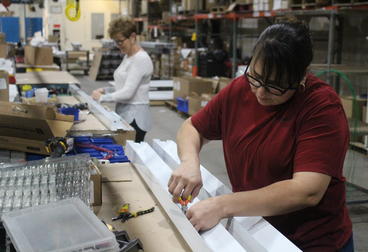 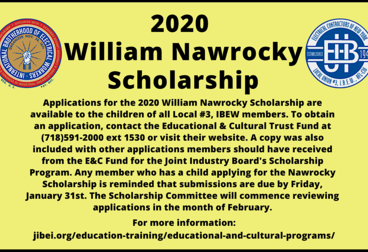 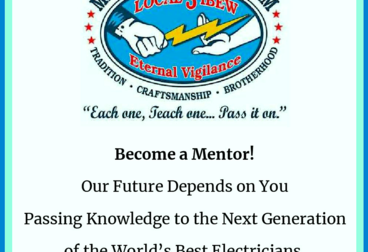